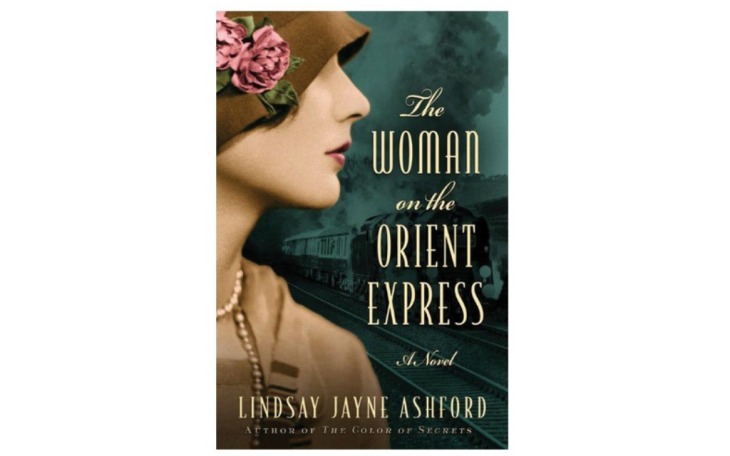 I had a sudden realisation just a moment ago that I really enjoyed writing these Sunday Book Club reviews. I love how it pushes me to think more deeply about the story that I’ve just read, rather than just engage in my usual speed-reading; also, it keeps me on track to hit my target of reading at least one book a week. I think years on, this would also be really useful for me to look back and see if my thoughts have changed over time. This week’s book is The Woman on the Orient Express by Lindsay Ashford.

If you’re a voracious reader, you might have noticed something familiar with the title; this alludes to one of the titles in Agatha Christie’s Hercule Poirot series – Murder on the Orient Express. I bought this after only reading the first paragraph of the introduction on Amazon – “Hoping to make a clean break from a fractured marriage, Agatha Christie boards the Orient Express in disguise. But unlike her famous detective Hercule Poirot, she can’t neatly unravel the mysteries she encounters on this fateful journey.”

**This part of the review consist of Spoilers

The Woman on the Orient Express follows Agatha Christie’s journey on the Orient Express in 1928 to Mesopotamia, where she traveled under a pseudonym to avoid being recognised, after a disappearing stint hen she found out that her now-ex husband has cheated on her and is leaving her made her the biggest gossip in town.

During the journey, she meets two other women who have deep secrets themselves – Katherine Keeling, a beautiful and flirtatious widow heading to Mesopotamia to work on an dig there and due to marry another archaeologist Leonard Wooley, and Nancy, a married woman who is fleeing her husband and who hopes to meet her lover on the train.

Katherine invites Agatha and Nancy to visit the dig at Ur, and soon all their secrets begin to unravel. Nancy is pregnant with her lover’s child but her husband, who cheated on her the very first night of their marriage, wants it because his inheritance requires him to produce an heir. Katherine is at first seen as refusing to sleep with her new husband, but it turns out that she is incapable of reproducing or even having sex, because of some biological issues.

Agatha meets her future husband on the trip – Max (which is the same name of the man whom she really remarries in real life). Nancy dies of complications from child birth, while her ex-husband tries to hunt her and the child down but in the process he was killed. Katherine confesses to her husband about her inability to truly be a woman, but he was surprisingly understanding and just wants to be loved; together, they adopted Nancy’s son.

I’m rather disappointed with the book but I have to admit that a big part of it was my own fault for not having read the introduction properly before diving into it. From the first paragraph of the blurb on Amazon, I thought this was a mystery book, but it turned out to be a mix of real facts and fan fiction about a period in the life of Agatha Christie.

The book isn’t really badly written, but there was just no high points or climax in the entire book. It read just like a biography. I’m a very big fan of Agatha Christie’s books, but I generally dislike reading biographies, and I don’t like the fact that it was a mix of fiction and facts from her real life; I actually find it slightly disrespectful and not to mention rather confusing about which part is fact and which part is fiction.

At the beginning I was intrigued and drawn in with how the author brought us into the life of Agatha Christie. But after the first few chapters, it begins to lose its pull and became yet another romance-like novel, minus the romance. It just fizzled out. I did like how smoothly the story ran in the initial chapters, but as the book came to the end it became more and more monotonous and the plot less convincing. The only reason why I kept on reading was because I am a huge fan of Agatha Christie so I was curious about what kind of story this author could spin out about her, otherwise I would have given up a long time ago.

In all, I wouldn’t recommend this book if you’re looking for a good mystery book. If you like reading fan fiction, then you might like to give this a try.