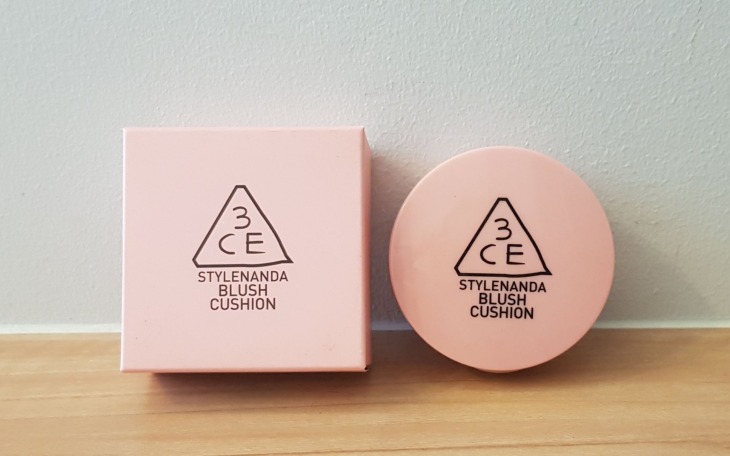 After last week’s review on the 3CE Blush Cushion in #Soft Brown, I thought I’d follow it up with one more that is actually meant to be a blush – which is the 3CE Blush Cushion in #Pink. It’s pretty much the same item, but in a different shade; unfortunately I bought both together online without trying it in person, so I didn’t know back then that I wouldn’t like #Soft Brown and that would be a warning for #Pink too. 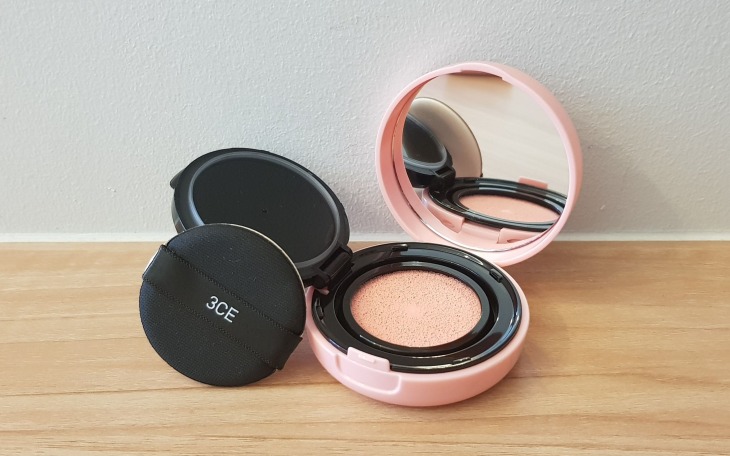 Like #Soft Brown, this comes in a standard cushion compact where there’s a cushion soaked with product, an air-tight cover within the compact that prevents the product from drying out and a puff. The actual casing for the cushion is removable, but I haven’t seen any refills being sold. This is actually in a smaller cushion size as compared to a normal cushion foundation, and the compact colour is representative of the shade inside. 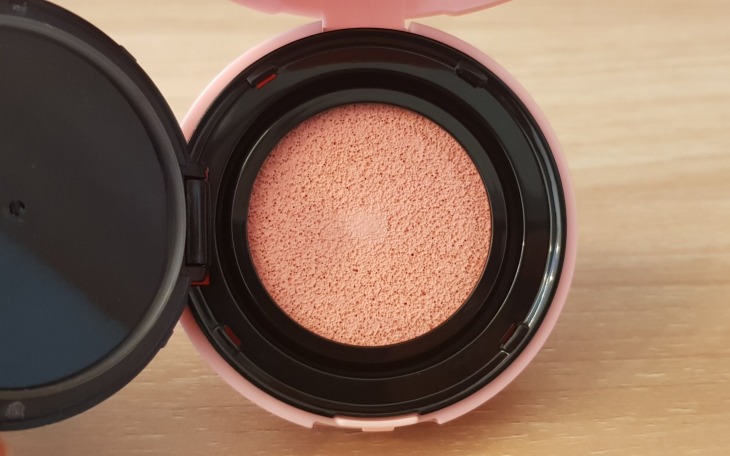 In the compact, it looks like a nice and pretty soft baby pink. Unfortunately, again like #Soft Brown, I did not like this. I thought a blush – which is pink – would show up better on my skin as it shouldn’t blend into the skin which is a different colour, as compared to a soft brown which understandably would be nearer to what a normal human skin colour would be, but the pink shade totally disappeared on my skin.

It’s a very light baby pink, and I have a lot of trouble making it show from the get go – it does not show up when applied with the sponge even when I layered it at least 10 times. The only way that I could make it show was squeezing a lot of product out and applying it straight to my skin – which is not the point of a cushion blush. 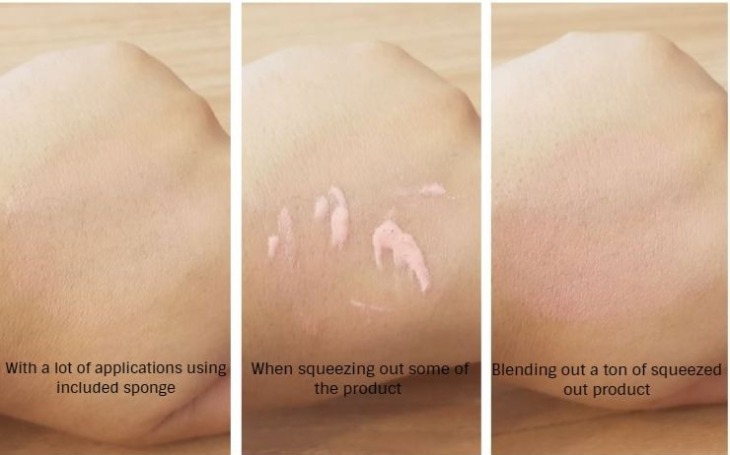 The texture is actually really nice; some cushion products tend to be a stickier but this was very light weight with absolutely no tacky feeling, and dries down extremely quickly. I have no clue what the lasting power is because I can’t see it on my skin.

To be honest, I think this #Pink shade sucked a lot more than the #Soft Brown shade. I wished that I had actually tested it out in person before making the purchase and I could have saved myself from at least one bad purchase. Fortunately for you, I have tried it out and I would recommend staying away from them.