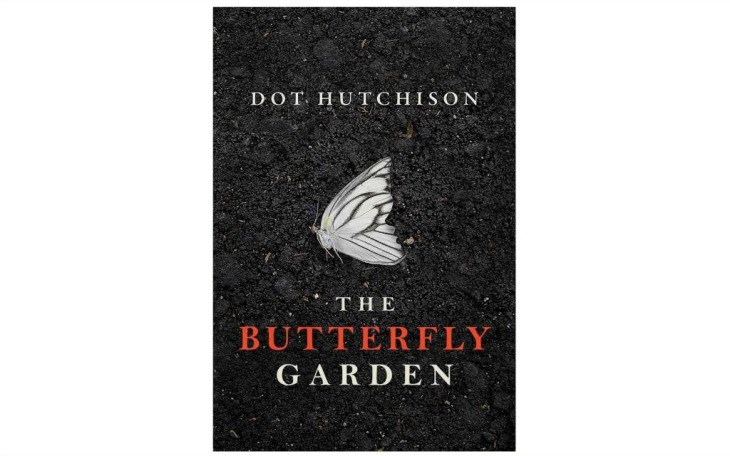 Today’s book review on The Butterfly Garden by Dot Hutchison is slightly off the usual kind of books that I reach for and after reading it, I would say that it is definitely not for everyone. This popped up on my suggested readings in Amazon store – I don’t know why because it’s very dark and somewhat depressing, not my usual cup of tea. It is about a man who kidnaps teenage girls and locks them up in a beautiful garden where he rapes them, as well as put his mark on them – in the shape of a beautiful Butterfly tattoo on their backs.

This is a very dark book and somewhat fascinatingly so; perhaps there’s a masochistic psychopath hiding in the deep dark depths of my inner soul, but I actually find myself really liking the book and couldn’t quite stop reading it. There’s twisted darkness but beauty in it, like the Gardener and his ‘butterflies’. I don’t think it’s correctly classified as a thriller, because it wasn’t a fast-paced secret spy type of story; then again, I don’t know what other better classification it would have – “creepy books” or “psycho books” perhaps?

**This part of the review consist of Plot Spoilers

The Butterfly Garden starts off at the end – where the FBI have found the garden, captured the man and his sons, and rescued the ‘butterflies’. The ‘butterflies’ are teenage girls abducted and locked up in a big beautiful garden, where they are visited and raped by the ‘The Gardener’. Now FBI Agents Victor Hanoverian and Brandon Eddison have brought in a survivor Maya for questioning to piece together the whole story.

As the other ‘butterflies’ look to Maya for answers, the FBI agents wonders if Maya was more than just a victim. Maya isn’t really helping with the situation either – she appears to be holding back some secrets. First, Maya isn’t her real name – it was a name given by the Gardener, who names all his butterflies after he has given them a set of tattooed wings on their backs. The agents find out that Maya is called Inara before her capture, which was also a fake identity – one she bought to run away from a home where she was not loved and pretended to be older than she is so that she could work and live on her own.

The Gardener’s younger son Desmond eventually finds out about the Garden; he knows it is wrong but doesn’t report it to protect his family; he falls for Inara, who tries to persuade him to save them. However, one day Avery brings home a young child – this broke Desmond, who called the police. When the police arrived, they didn’t find anything but this caused a big fight between the Gardener, Avery and Desmond, and Avery shot Desmond. Meanwhile, the police has turned back too. In the confusion, another ‘butterfly’ Sirvat caused an explosion using the formaldehyde which sets off another series of explosions. In their escape, a few more ‘butterflies’ lost their lives. Avery died in the process, while the Gardener and Desmond, though badly injured, should recover well enough to be tried.

Like I said, this book is not a thriller – it’s not a fast paced book at all and there isn’t much mystery about what direction the book was going to head next. The narrative switches between the detectives and Inara, who tells them of the horrors that happened within the Garden. There are some parts that I think the book could have done without, mainly the interjections of the detectives because I find it breaks up the momentum of Inara’s recollections, but I guess it provides a moment to take a breath.

There were a few loopholes that would probably piss people off. How is it that the girls never tried to gang up together to fight the Gardener, given that they totally outnumbered him and he never brings any weapon into the Garden? But I give the book props for being so well written that you don’t really think it when you’re reading the book – it flows through nicely and it’s so beautifully and eerily written that you want to read the following horrors. I honestly only thought about how ridiculous it is after I’ve sat down to write this review. So I guess the message from me is – this is a fiction book, just enjoy it and don’t overthink it.

But I really did not like the ending twist, and how it was explained why Inara was holding back. It was just too far fetched. I know the rest of the book reads as a very far fetched horror, but looking at real life I actually think that there are psychopaths out there capable of it. But what are the chances that Inara knew someone else who was an escaped butterfly and still noone knows about the Butterfly Garden, then after which Inara becomes a butterfly herself? That ending twist was utterly unbelievable and totally unnecessary.

In all, I really enjoyed the book. I’m in my early 30s, and I have read a lot of books and seen a lot of real life news that are probably just as disturbing. If you’re a closet psychopath or secretly likes reading about creepy and weird things, this is the book for you. But I wouldn’t recommend it if you’re less than 15 and prone to nightmares.