Today’s review is on an eyeshadow palette that’s from a new brand to me – the Bell Hypoallergenic Nude Eyeshadow Palette in No. 4. I honestly have never heard anything about this brand before – either from shopping in any beauty stores in Europe and Singapore, nor read anything about it. I chanced upon it while shopping in Watsons – a “drugstore” in Singapore – and just had to try something from this new brand.

It’s very affordable – it originally retailed for only around SGD12 but I had a 20% discount, so that made it even cheaper. It’s a very decent size for the price. After I brought this home, I immediately googled for more details on the brand but there really isn’t much and most of it wasn’t in english. Apparently it’s a low cost polish brand and their products are supposed to be hypoallergenic so it’s suitable for sensitive skin and eyes. 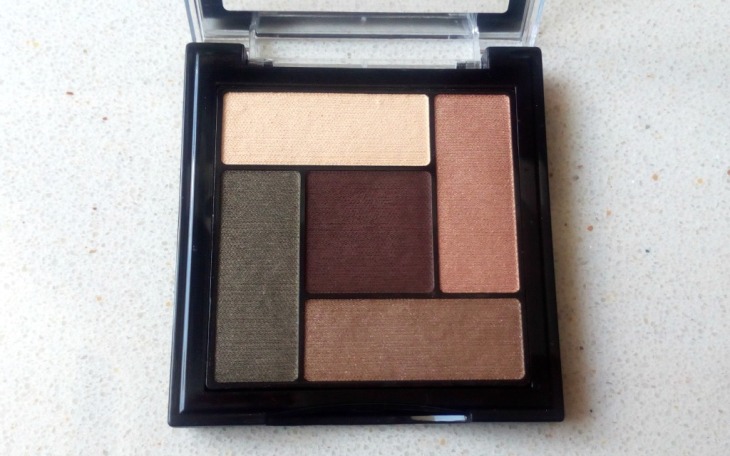 I really don’t like the packaging – it’s in a really light plastic square, with a see-through flip top and no mirror. It’s nice that I can see the colours in the palette without having to open it, but the plastic is made of really cheap material and gets scratched very easily. I couldn’t find a single unscratched palette in the entire store and the scratches are very visible on the silver border. It’s no big deal and doesn’t hurt the eyeshadow, but it irritates me.

As the name for the entire range of eyeshadow palettes is called “Nude Eyeshadow”, as expected the colour range is somewhat neutral and nude, with subtle differences – there are 4 different variations, and they do look different enough. Each palette has 5 different shades, with a fair distribution from light to darker shades. No.4 has a green khaki twist – I have an unhealthy obsession with green eyeshadow so that’s what I picked up. 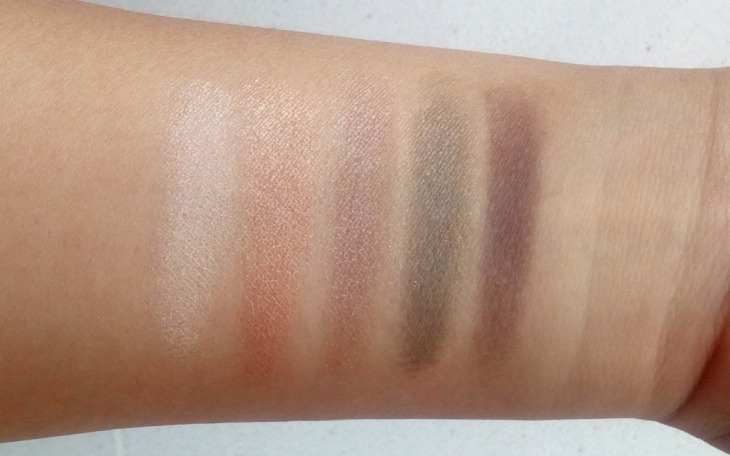 When I swatched with my fingers, the texture felt silky and creamy, with pretty good intensity/pigmentation. All but one of the colours swatched well; the centre shade is horrible – it’s patchy and don’t show up well, despite being the darkest shade in the palette. I would say all 4 shades are satin, except the centre brown shade which is matte. When I used a brush, there’s quite a bit of powder kick-up so I would recommend tapping off your brush first before placing it on the lids. Clockwise to centre, I would describe the shades as pearl off-white, peach beige, taupe brown, green khaki and dark brown.

Unfortunately, that’s where my positive experiences end. The eyeshadow doesn’t blend well – it becomes muddy and the green shade that I love just disappears once blended. I tried to create a few different looks but they always just end up looking like the same brown mixed up mud colour. I know, it could possibly be my lack of skills but I rarely have this issue with other eyeshadows. I also had quite a bit of fall out even though I did tap off excess powder. I really can’t say much about the lasting powder because it never looked good to begin with.

All in all, I do not recommend it. It’s really cheap – just SGD12 for 5g of product – and it swatches well, but it just doesn’t work as nicely on the eyes once blended. If you’re as OCD as me, the terrible scratches on the palette will also irritate you to no end.

Have you tried anything from this brand before?